Drama & Theatre is a practical and challenging course, which covers each aspect of theatre production. You’ll analyse everything from acting and costume, through to lighting, effects, setting, characterisation and interpretation.

You will be able to let the creative juices flow and enter a world of imagination, as you devise an original piece of theatre, developed from a stimulus. Along with developing an Actors Journal, to document the process that you have gone through to achieve your own performance.

During this component you will be studying two play texts to later perform extracts, one Group Performance and one Monologue or Duologue. Giving you a taste of performing on stage, in front of a live audience, two completely different forms of play looking at various theatre practitioners and how they shaped the theatrical world that we know today.

During component 3 you will be assessed in three areas; 1. Evaluating a live theatre performance. 2. Page to stage, how you would as a theatre maker put on a show; how you would direct it, which practitioner you would be influenced by. It allows you to have complete creative control of how you would stage a performance. 3. Interpreting a performance text, this is where we delve into the history of the theatre and discover new and re-imagined ways of putting on classical theatrical texts for a modern day audience. Highlighting the conditions they would have originally been performed in. 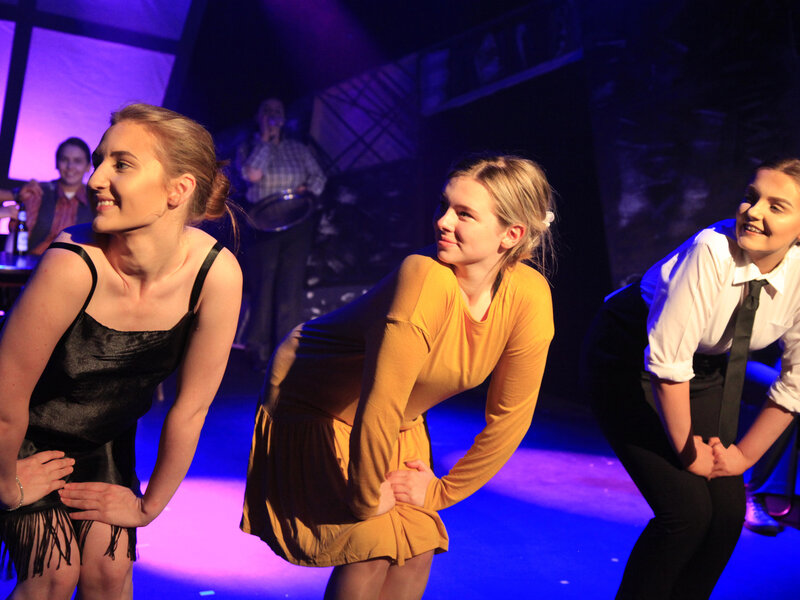 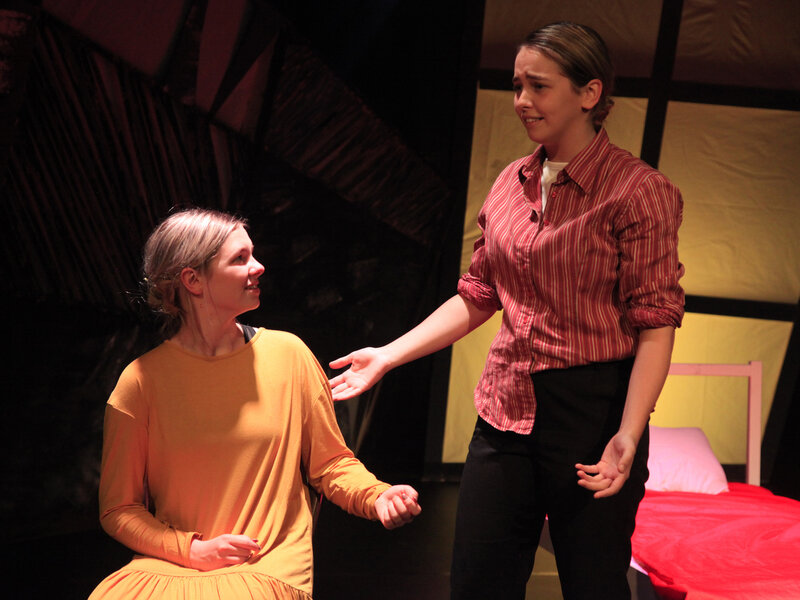 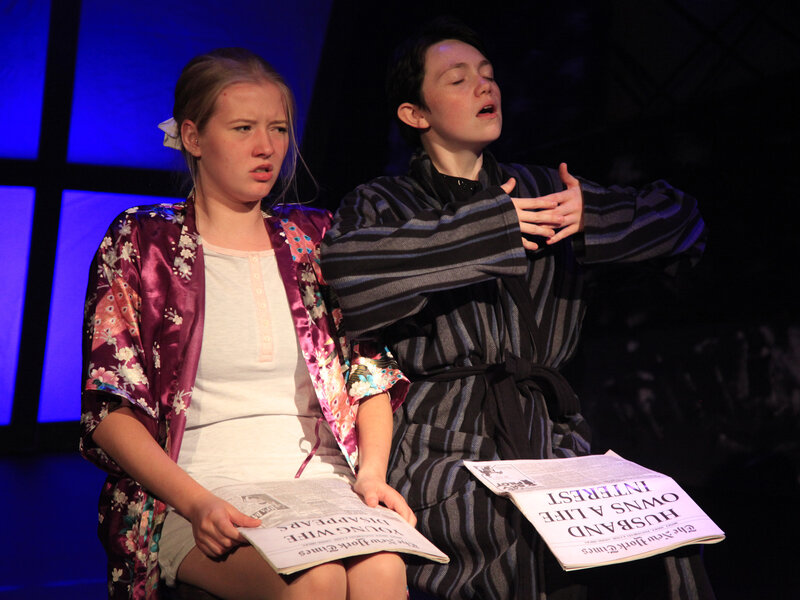 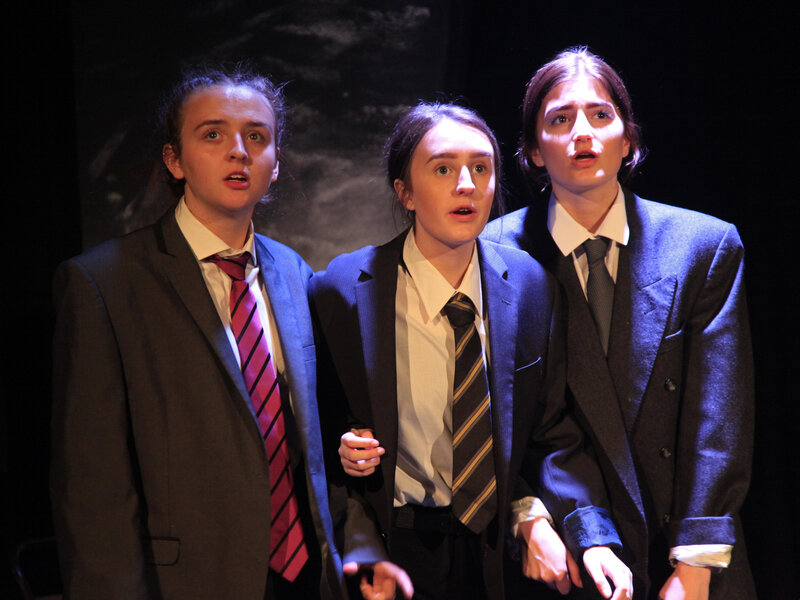 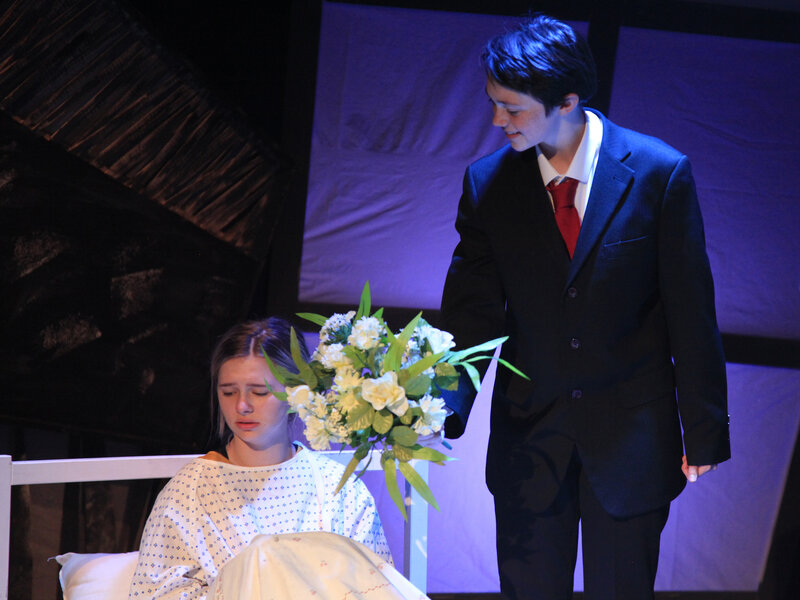 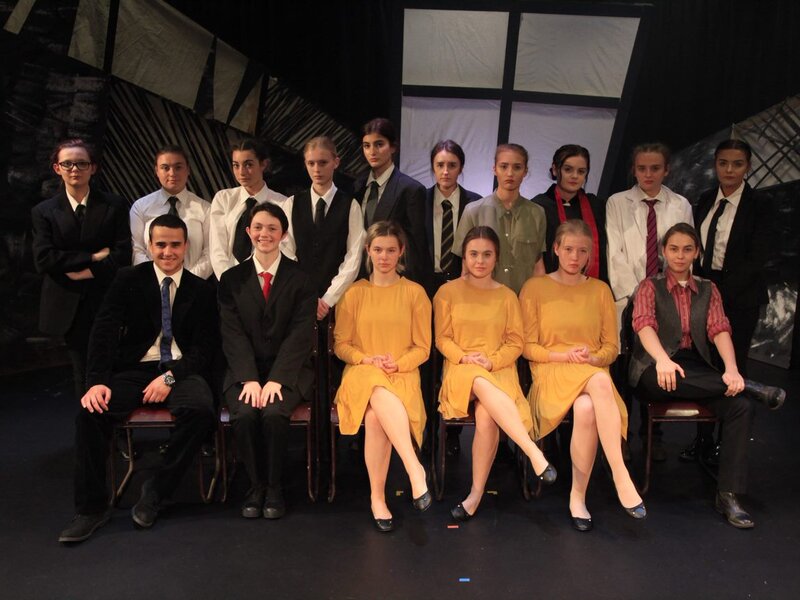 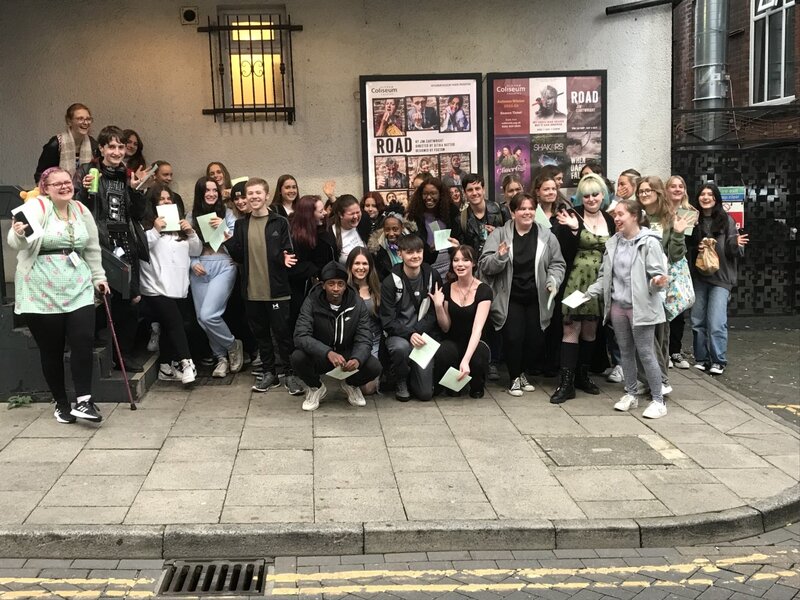 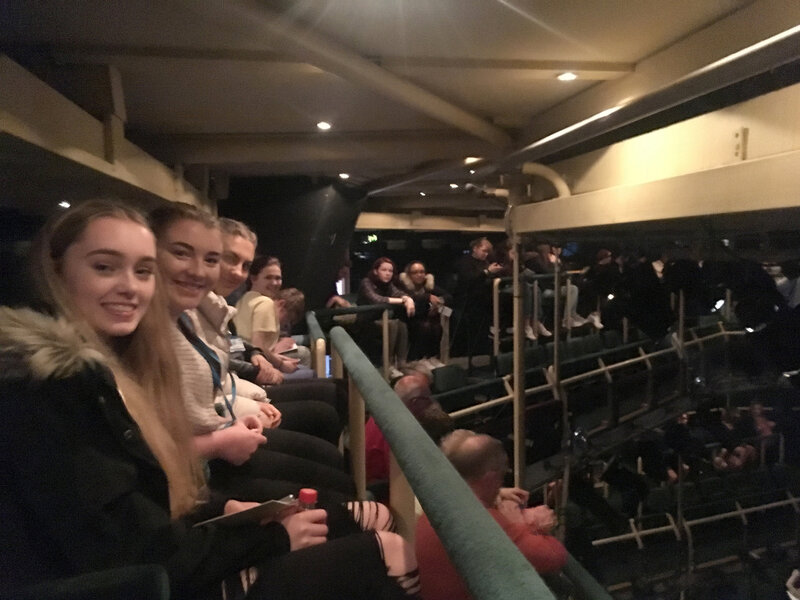 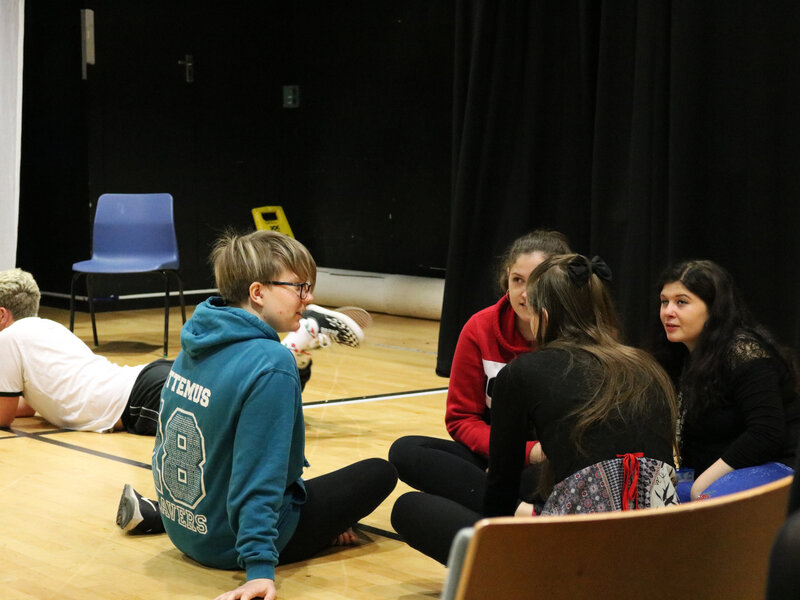 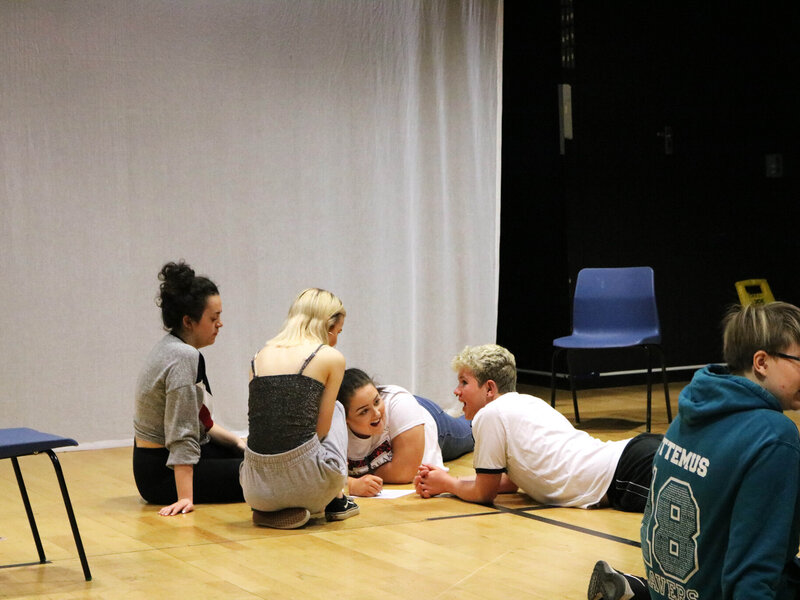 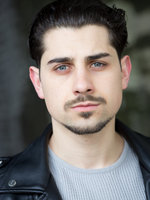 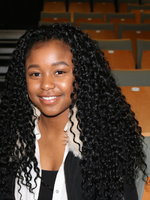 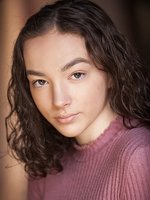 I’m at Arden School of Theatre studying BA Honours in Acting for Live and Recorded Media. Doing drama at Ashton Sixth Form College really stood me in good stead to do my drama school auditions. This course is very independent and requires you to do a lot of learning and teaching at home and so this has not only helped me going to drama school but has also helped a lot of my friends who are doing University courses as it is very independent learning based. Chris is amazing teacher, he was always there to help me and he put in extra hours to help me with audition pieces and was always on hand if I ever needed anything in college. Drama is such a good course to do regardless of the career you would like to go into as it gives you the discipline, confidence and most importantly resilience to mature into the well rounded individual you are when you leave Ashton Sixth Form. 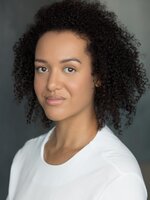 ASFC impacted me in an immeasurable way. The college gave me the foundations to take onto university & into my chosen profession. After college I took time out from education to work in the acting industry & later pursued a university degree in Podiatry. I am now an Actor working on TV & Stage & a Podiatrist.

I’m doing Media and Performance at the University of Salford. Doing drama with you at Ashton literally prepared me for anything University could throw at me. It’s made me a much more confident person and more experienced actor.

Studying Theatre and Performance at the University of Leeds Drama helped me gain confidence and understand so many different methods and meanings through acting so to always experiment and has encouraged me to always be an active member of an audience.

I’m at Edge Hill University, studying Secondary Mathematics Education with QTS. Studying Drama A Level at ASFC definitely built my confidence in so many ways. It was the only lesson I had where the class truly felt like a family. The support from everyone on this course was incredible, especially around our performance exams where we would come together and work as a team. I will be forever grateful for the skills and support I gained during my time there and they will definitely come to use for uni and my future career!

Studying English and Film at the University of Salford All of my A-Levels have helped to prepare me for University. I feel that drama was most beneficial too me for this difficult time. I feel that because now we are online, drama has really helped me too be able too voice my options and answers eloquently through different types of media.

I'm currently studying at ICTheatre (Institute of Contemporary Theatre), it's a sister company of BIMM, and I'm studying Acting for the 21st Century. The Drama course at Ashton Sixth Form really helped me to gain confidence in my acting ability, as well as significantly improve it. It really prepared me for my auditions as plenty of help was offered to me.

Acting at the Liverpool Institute of Performing Arts (LIPA)

Drama at the University of Huddersfield

Drama and Creative Writing at the University of Salford

Drama and Theatre Practice at the University of Plymouth

Media and Performance at the University of Salford 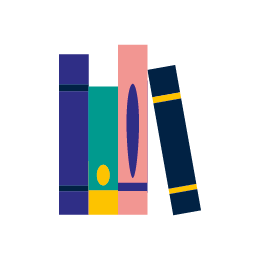 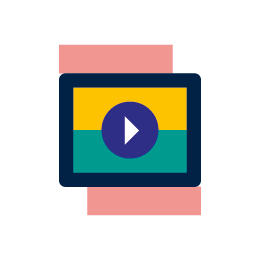 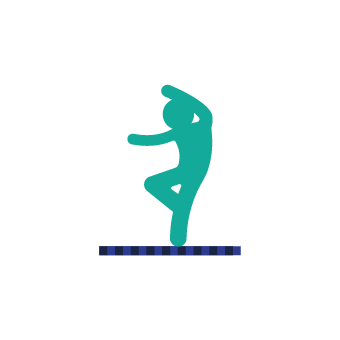 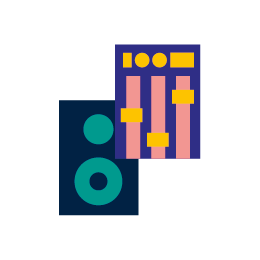